Are you a driver? Join us today 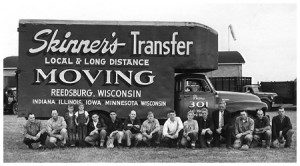 SKINNER TRANSFER CORP. Founded in 1932 by Earl R. Skinner. He began by delivering his farm neighbors milk to the local creamery. This led to transporting their cattle using straight trucks to local buyers and later expanded to the Madison and Milwaukee markets.

In 1945 the business expanded with the purchase of two small local trucking companies which gave Earl Interstate and Intrastate authority and his first semi-tractor (gas) and semi-trailer. Skinner Transfer then expanded to flatbed to hauling of lumber to and from the mills in Wisconsin. The first terminal was erected in 1948 and added onto in 1958. 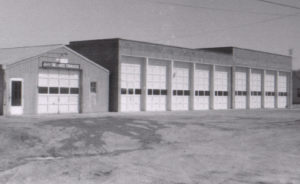 In 1960, Earl and his two sons William and Richard formed a full service leasing company for private manufacturers to transport their own products to their customers with their own drivers.
Earl passed away in 1970. William and Richard purchased the company from his estate and formed Skinner Transfer Corp. William became President and CEO. By this time, the company was much diversified with many kinds of trailers; dry and refrigerated vans, flatbeds, drop decks, grain, semi-dumps, petroleum and pneumatic tankers. 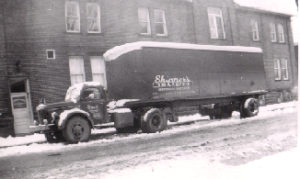 In 1978, William and wife Evelyn built a new maintenance shop facility with wash bays. The new corporate office was erected in 1989. In 1990, a new terminal in New Castle, IN was established and in 2003 a freight brokerage was started.

Skinner Transfer Corp has been a proud long-standing member of the Wisconsin Motor carriers Association. William L Skinner and Evelyn Skinner were the first husband and wife to win the Wisconsin Motor Carriers Associations’ highest award originally named the Frank W. Babbit Award and now known as a Hall of Fame Member. This award is in recognition and outstanding performance in support of the trucking industry. William won the award in 1989, Evelyn in 2000.

Skinner Transfer Corp has started its 90th year in business and is proud to be family-owned and operated for 4 generations. We are very proud of our dedicated employees’ safety and performance records.